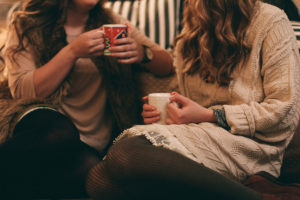 How do we reach non-religious people with the good news of Jesus? The task is so intimidating that most believers never make much of an effort, preferring instead the safety of the insulated fellowship of like-minded people. But for many of us, the very survival of our congregations (not to mention the imperative of the Great Commission) demands that we find a way to effectively communicate the gospel in what has largely become an alien culture. In these posts, I am suggesting that Acts 10, which tells the story of the conversion of Cornelius, offers some valuable insights in that quest.

Often, the first obstacle to be overcome is the negative opinion of Christians held by many secular people. Christians are frequently seen as arrogant, dismissive, intolerant, exclusive, and judgmental—in short, not the sort of people from whom one would expect to hear good news. So committed were first-century Jews to separation from those deemed to be unclean that one can easily imagine just about any Gentile viewing the Hebrew populace through those same distrustful, cynical lenses.

If we hope to share Jesus with secular people, we must meet them on their own turf: their homes, neighborhoods, coffee shops, bowling alleys, clubs, and organizations. Inviting them to “our” events in “our” space will have increasingly diminishing returns.

But Peter’s approach to Cornelius was designed to allay many of the negative expectations a Gentile might have toward a Jew. Note that Peter, contrary to a lifetime of religious training, goes right into Cornelius’s home! We must pause here and reflect on decades of evangelistic strategies that have focused on luring unbelievers onto our turf—usually a church building—as a prerequisite for sharing the gospel. Not only do these strategies fail to diminish negative stereotypes of Christians, they may actually reinforce them. But notice Peter: having come into Cornelius’s space, he is easily able to present himself as his peer, not his superior; “I am only a man myself,” Peter assures Cornelius. If we hope to share Jesus with secular people, we must meet them on their own turf: their homes, neighborhoods, coffee shops, bowling alleys, clubs, and organizations. Inviting them to “our” events in “our” space will have increasingly diminishing returns.

Once Peter has come onto Cornelius’ turf, note some key actions that demonstrate the sensitivity and humility of his approach:

Neither this post nor this entire series of posts is long enough to offer a detailed training course in cross-cultural evangelism, but surely we can find some fairly obvious takeaways from Peter’s approach to Cornelius. Among cynical and skeptical people, we would be well-served to present ourselves not as spiritual masters, but as spiritual pilgrims who are still in the process of learning the ways of God. As such, we could find great benefit in learning to ask open-ended questions and then listening attentively and respectfully to the life stories those questions elicit. We might even find ourselves gaining significant spiritual insights from those we imagined we were going to teach. As we listen to our fellow-pilgrims’ stories, we need to learn to reaffirm the spiritual truths that they have already grasped, rather that rushing to “straighten them out” on the things they have not yet understood fully. And finally, we need to learn to present the gospel in the context of our own personal story of redemption by the power of God.

Note the ultimate effect of Peter’s approach to Cornelius: God shows up—unmistakably so! He interrupts Peter’s “Bible talk” with an outpouring of the Spirit identical to the gift the apostles received on Pentecost. It is not Peter, but God himself, who “closes the sale.” And it’s not just Cornelius who is convinced of the truth of the gospel; Peter himself is powerfully convicted of far-reaching implications of the gospel message to which he had been heretofore pitifully blind.

Oh that we could approach secular people in such a way today that we could see something far greater at work than our puny powers of logic and reasoning! Oh that we might see the mighty power of God convicting us of our parochialism and isolationism at the same time that he redeems, restores, and fills the unlikeliest of candidates with his Holy presence!

“Thanks for being outgoing and funny!”