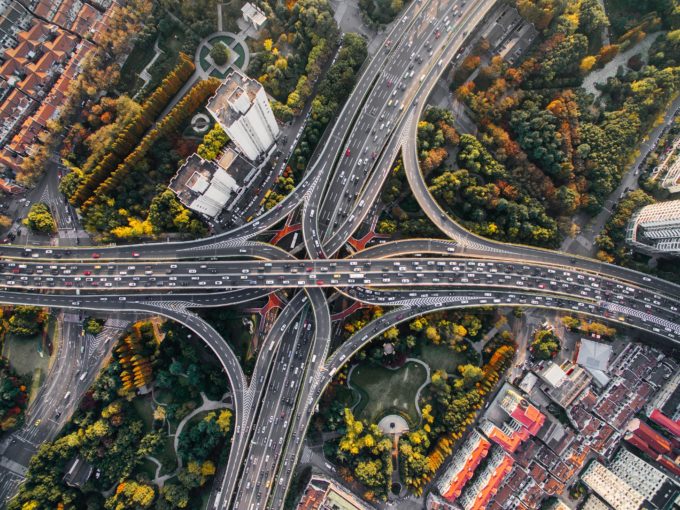 Nothing beats an interstate freeway for moving quickly and efficiently from Point A to Point B. But there are obvious challenges involved with freeway travel.

Life in the Fast Lane

The more I think about it, the more I’m convinced this is a really good metaphor for decision-making among church leaders. The same advantages apply to a decision-making-freeway: speed, efficiency, shared ground-rules. And the same challenges are involved.

So, with that brief aside (and having gotten up to speed by accelerating up the On Ramp—see the previous article in this blog series), let’s drive along this new road for a stretch and imagine what life at 70 mph feels like.

At last, leaders are invited to actually discuss the issue under consideration. They don’t just “weigh in” immediately when an issue is initially raised. They don’t floor-board the accelerator and move straight to the center lane of unfettered dialogue. They patiently check the rear-view mirror, glance at their gauges, and then slowly gather speed with the issue until they build momentum sufficient for conversation. Having taken the time to clarify the question, gather information, talk to shareholders, and commission a sub-group to explore the issue, they are ready to hold an informed, balanced dialogue.

The Sub-group Report and Proposal

This dialogue begins with hearing the report commissioned by the leadership group back when this issue first came to their attention. Remember, the initial task of the group was to clarify the question under consideration, assign an “owner” (someone who would take responsibility for driving this issue up the On-Ramp and onto the decision-making freeway), and commission a report/proposal.

That report is intended to facilitate informed, even-handed dialogue. It encourages the leadership group to focus on a specific question (clarification). It provides relevant information required to discuss the question intelligently (e.g., backstory, rationale, people). It identifies “stake-holders” and outlines potential options. It recommends one course of action for consideration by the group.

In baseball, the grounds are groomed and the lines are chalked before the game is ever played. In a similar way, this report prepares the leadership group for discussion by getting the “grounds” ready for the discussion to be held in a productive and effective manner.

The report doesn’t have to be long. It doesn’t require PowerPoint shock and awe. It is not intended to persuade or convince. It is an act of service: one or two leaders investing time and effort to prepare an issue for discussion … and to prepare fellow leaders to conduct that discussion.

Does the group have any questions about the report? Is any clarification needed about the information provided or the recommendation made?

If not, now is the time for a full and frank discussion of the question under consideration.

The group has had several weeks to consider the question by this point. They have read and heard the report preparing them for this dialogue. Now is the time to weigh in and talk about the matter with each other. But, notice, this is not debate in a vacuum. This is not a dialogue lacking information or critical pieces of backstory. It is informed debate, thoughtful discussion. There is a context of history and people in which the dialogue takes place.

Even here, some rules of the road apply. The discussion should allow for (insist that) every leader’s voice be heard on the matter. (No under-participation.) And no one voice should be allowed to dominate. (No over-participation.) If we believe in the legitimacy of group leadership, that principle should be respected in the way the group interacts and discusses.

At the conclusion of general discussion, when everyone has spoken their piece and a consensus seems to be emerging, a little time should be devoted to a SWOT analysis: strengths, weaknesses, opportunities, and threats. If the proposed decision is adopted, what are the benefits? What are the probable costs? What doors are opened? What doors are closed? A few moments spent “looking over the horizon” in this way will pay off richly by anticipating future consequences of a decision.

“Group-think” is a very real and very common phenomenon. The desire to minimize conflict and maximize consensus can lead groups to discourage and suppress dissenting viewpoints. Peer-pressure persuades group members to stifle their objections or concerns. Even if these are expressed, peer-pressure can persuade a group-as-a-whole to ignore or discount such doubts.

To counter this group-think tendency, it is important to have a place in the decision-making process to explicitly call for dissenting voices and give those voices serious consideration. Are there concerns and cautions the group needs to hear? How many in the group share those apprehensions? Are these misgivings a decidedly minority viewpoint or do several of the group harbor similar doubts? Does anyone feel we are violating an important spiritual or biblical principle by pursuing this decision? Will members of our church be negatively impacted if we go down this road? If so, does the decision merit raising their anxieties? Are there opportunity costs we will incur with this decision?

Few people like to think about negative consequences to present actions. (That’s why actuaries are such a rare breed!) But every action has consequences and some of them can be quite hurtful. Scoping out possible aftereffects now could help the group mitigate them later. Ignoring or discounting warnings of unwanted consequences only insures the group is surprised and unready when those consequences inevitably ensue.

Voices in the Room

Church leaders should remember that the rooms in which they meet are haunted. Well, not exactly haunted … just crowded with people you can’t actually see. We all bring other voices into meeting rooms with us: spouses, parents, friends, constituencies, the author of a book we’ve just read, past experiences, church leaders from years ago, etc. … old tapes that run in our heads and shape our thinking. In fact, most meeting rooms are packed. It’s a wonder we can even sit down.

True, some voices force their way into our meetings uninvited … we hear echoes of those voices whether we want to or not. But some voices should be invited, encouraged, and cultivated. Some voices make a valuable contribution to our discussion and should be heard.

I understand why church leaders tend to make decisions about an issue during the same meeting the issue is raised and discussed. The conversation is fresh. The decision is dangling. Pulling the trigger seems efficient. It gets one issue behind us and makes room for the next.

But every decision (certainly important ones) can benefit from a little time and prayer. Why not allow a brief period for the Holy Spirit to shape and refine this decision? Talk to a few more stakeholders. Run a tentative decision past people you trust. Find out if other church leaders in other churches have faced similar issues and made similar decisions. What did they learn? What would they advise you?

A decision made a week later is still a decision. And permitting a little time to pass will protect a leadership group from acting hastily or overlooking unintended consequences. It will help the group have greater confidence in the decision they eventually make.

Consensus is often the goal of church leadership’s decision-making. But consensus is not always possible. Has your leadership group talked openly about how to proceed if one person in the group is not in agreement? Two? Are you willing to make a decision on the basis of a slim majority?

At last, a leadership group is ready to reach consensus. Any final input? Any fresh information the group should consider? Any reflections that substantively alter the tenor of discussion or the nature of conclusions?

If not, what is the sense of the room? Is it clear there is consensus among the group around this issue? Is everyone in agreement about the decision to be made and action to be taken? One last opportunity to voice concerns or dissent.

Consensus is often the goal of church leadership’s decision-making. But consensus is not always possible. Has your leadership group talked openly about how to proceed if one person in the group is not in agreement? Two? Are you willing to make a decision on the basis of a slim majority? After all this time and talk, there are still occasions when it is wise to table a matter for another day. Sometimes it is better to postpone a decision than override the sensibilities of other leaders. No group wants to be held hostage to one person’s strongly held opinion. At the heart of consensual leadership is the conviction that God speaks more clearly through the many than through the few or the one. Still …

Although many leadership groups don’t like taking a formal vote, Robert’s “Rules of Order” exists for a reason. If for no other purpose than recording a decision in the minutes, a resolution should be moved and seconded, a vote called and counted, and the results written into the minutes. This “formalization” of a decision will help at several levels, not the least of which is minimizing second-guessing on the part of fellow leaders and the tendency of all leaders to experience “decision-remorse,” an emotional reaction that tempts many leadership groups to endlessly re-plow ground they have already covered.

So. The decision is made. We’re done with this issue. Time to find another matter to natter.

Not so fast! The responsibilities of leaders do not end with the decision itself. You can’t simply pull an issue over to the shoulder of the decision-making freeway and abandon it there. (Actually, you can—leaders do this all the time—but you shouldn’t.)

There is a proper way to exit an issue; to insure your decision is communicated, implemented, and evaluated properly. Without driving your decision down an exit ramp, much of the time and talk you’ve invested to this point will be wasted.