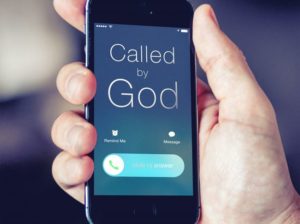 The Bible is filled with examples of God calling people to specific tasks for which they were uniquely gifted and qualified. Moses, raised and educated in Pharaoh’s court, was called to deliver God’s demand for his peoples’ freedom—to Pharaoh. God called Joshua to lead the Israelites in the conquest of the Promised Land. David was called to be Israel’s king. Jonah was called to announce God’s judgment upon pagan Nineveh, while Amos was tasked with pronouncing doom on faithless Israel. Paul was appointed to call Gentiles to faith in Jesus, while Peter was sent to work among the Jews.

But what about congregations? Does God set them apart to a specific task as he so often does with individuals? Or is congregational mission simply a “one size fits all” affair, beginning and ending with the seven functions of the church outlined in the previous post in this series?

The New Testament record seems to indicate that individual congregations had differing missions. The Jerusalem church was tasked with fearlessly proclaiming Jesus as the promised Messiah, especially before the official leaders of the Jews. The Antioch church had a different purpose: integrating Gentile believers into the life and work of the body of Christ. Jesus’ messages to the seven Asian churches in Revelation reveal differing responses to their unique ministry contexts.

If it is true that each congregation has a unique call from God, how do leaders go about discerning that mission? There are three key indicators that, when aligned, point clearly to the purpose of a local church.

If you see a truck equipped with tanks, hoses, and ladders, you can easily conclude that its main purpose is to fight fires. If on the other hand you find a truck outfitted with a boom, a winch, and tire-changing tools, you know that its purpose—towing cars—is quite different from that of the fire truck. Could it be that a congregation’s mission can also be discerned by examining how it is structured? In his teaching on spiritual gifts, the apostle Paul said, “God has placed the parts in the body, every one of them, just as he wanted them to be.” (1 Corinthians 12:18) In other words, gifts are not randomly distributed within the body of Christ; they are placed purposefully according to God’s plan. And so, by examining how God has “put together” a congregation, we can learn a great deal about its purpose.  A church in which many members have the gift of teaching will have a specific purpose that is quite different from one weighted more heavily with gifts of compassion. Wise leaders will invest time in helping members discover their spiritual gifts. Then they will prayerfully discern what the distribution of gifts within their church says about the work to which God has called them.

If it is true that each congregation has a unique call from God, how do leaders go about discerning that mission?

Churches do not exist in a vacuum; they are set in a particular place and time. And the context in which they exist points to their specific call from God. The cultural context of ancient Corinth forced the church there to deal with issues like eating meat sacrificed to idols and women wearing veils. The Jerusalem church would have wasted its time dealing with those issues; in its context, there was no need to engage them. Rather, the Jerusalem believers were called to face the challenge of the persecution that arose as they fulfilled their mission of “speaking truth to power.” In multicultural Corinth, the relative indifference of the local officials toward religious disputes spared the church from such intense persecution (see Acts 18:12-17).

Most of us understand the determinative power of context when it comes to developing strategies for foreign mission work. A team being sent to Honduras, for instance, would be ill-advised to set their sights on reaching upper-middle-class, English-speaking suburbanites. Unfortunately, our sensitivity to cultural context seldom carries over to assessing our local church’s mission. But it should. Every church should see itself as a mission church, tasked with proclaiming the gospel in terms that can be grasped by members of the surrounding culture. Wise leaders learn to ask key questions about the community in which their church exists: What kind of people live here? What socio-economic classes are prevalent? What events or activities give this community its sense of identity? What hurts are prevalent? What kinds of past experience have they had with churches and Christians? The answers to these and similar questions, when coupled with the gift mix of the church, provide powerful insight into God’s specific call for that congregation.

Every church should see itself as a mission church, tasked with proclaiming the gospel in terms that can be grasped by members of the surrounding culture.

Throughout the Bible, faithful people were able to discern God’s call through the opportunities that were presented to them. Mordecai asked Esther, “Who knows but that you have come to your royal position for such a time as this?” (Esther 4:14) Why would we not conclude that God has deliberately set us in place to rise to the challenges unique to our own time? In describing his understanding of his mission, Paul frequently used the metaphor of the open door (Acts 14:27, 1 Corinthians 16:9). The best-known example of this was his famous “Macedonian call” (Acts 16:6-10, 2 Corinthians 2:12-13), which changed not only Paul’s sense of mission, but also the course of Christian expansion in the Western world. Wise leaders will constantly pray for eyes to see open doors—unique opportunities to serve, teach and reach people with the gospel.

A Word of Caution

Discerning the specific call of God for your congregation is not a simple, one-time task. It is an ongoing dialogue with the Holy Spirit that spans a lifetime. Because God is God and we are not, we can expect that there will be times when his call is less clear or even confusing. We can also expect there to be some times when the call seems to be clear, but in fact we have misunderstood it. Because of this, conclusions drawn about the specific call must always be held somewhat tentatively, awaiting further clarification from above. But this should never deter us from seeking to discern the call or from acting boldly to answer our best understanding of it. Paul had a clear understanding of his mission, but recognized that some in the church at Philippi might not have understood their mission as completely as they should. To them, he expressed the confidence that “God will make it clear to you,” followed with the admonition to “let us live up to what we have already attained.” (Philippians 3:15-16)

I believe that the knowledge of a congregation’s specific call is available to every leader who will humbly seek it. I especially believe that when leaders prayerfully consult with each other and listen to the voice of the Spirit as he speaks through the body, churches gain a clear sense of purpose that enables them to wholeheartedly answer God’s call.