Overview of the Search Process

A good process doesn’t guarantee a good result. But a poor process will almost certainly lead to a poor choice. When you’re looking for a new minister, a good plan is halfway to success. 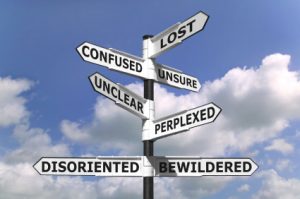 The search for and selection of a new pulpit minister is one of the most critical “tipping points” in the life of the local church. Done poorly, the process can discourage a church and make it vulnerable to an unscrupulous minister’s predations or an ill-equipped minister’s incompetence. It can be a choice the church regrets for years. On the other hand, done well, the process of selecting a new pulpit minister can create incredible opportunities for a church, opening up its ministries and its vision, giving it a renewed sense of mission in the world. It can be a choice that blesses the church for years.

Curse or blessing, the results of the selection process are not accidental or arbitrary. Although even conscientious churches can make poor choices, there are important safeguards churches can build into the process to minimize the chances of failure (i.e., a poor ministerial choice) and maximize the chances of success (i.e., an effective and productive partnership between the church and its new minister).

The successful search process is, at its heart, a spiritual exercise.
In elder-led congregations, a good process begins with the elder/shepherds. In all probability, this leadership group will have the final say in who is selected to lead the congregation as pulpit minister. But how they set up the search process, the role they play during that process, and the clarity they bring to the responsibilities and boundaries of the search committee are crucial for a healthy and effective process.

The first and most fundamental principle on which a good ministerial search process is built is the notion that the search process is, at its heart, a spiritual exercise. Identifying, interviewing, and choosing between candidates is not primarily a matter of resumes and references. It is not even (primarily) a matter of well-oiled search committees and a thoughtful process. It is, most basically, a matter of godly men and women seeking to hear God’s voice about a matter having great impact on God’s people. As such, while prior secular experience in making hires, evaluating resumes, interviewing candidates, and other such HR concerns may be helpful and should not be discounted, those skills and experiences are not the qualifications most needed to make a good ministerial choice.