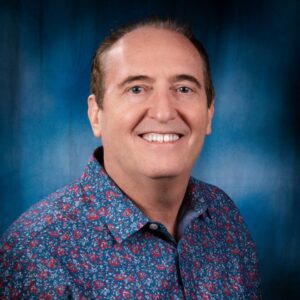 Doug Peters is a “second career” minister.  Upon receiving a degree in electrical engineering technology from Midwestern State University, Doug worked as an engineering technician for a large electrical utility at their nuclear power facility.  Sensing a call from God to focus on church ministry like his dad, Doug left the utility company to pursue degrees in Bible and Ministry from Abilene Christian University (BA, MS, DMin).  Doug and his wife, Sheryl, have been married for 33 years and have two daughters: Lauren and Alani.

With diverse experience in congregational ministry (mostly in Abilene, Houston and Arlington, TX), Doug has also served as a professor in the College of Biblical Studies at Oklahoma Christian University where he still serves as a visiting professor.  Doug is currently the Senior Minister at the Grace Crossing Community Church of Christ in The Woodlands, TX.

Doug has a special interest in helping churches and their leaders think though how they may be more spiritually discerning as they prayerfully live out their God-given mission, vision and values in their unique context.  His doctoral work focused on “Communal Spiritual Discernment and the Selection of Church Leaders.”

Doug and Sheryl enjoy traveling, concerts and sports.  In those occasional down times you might find them at the beach or taking in a major league baseball game.

“Excellent preacher. Has the ability to challenge thinking and tradition without alienating people. Managed the process and the people involved, very effectively.”

“Doug did a great job with the search team. He was always available when necessary but didn’t drive the process for us. He was the epitome of the good coach.”

“Was amazed at all the things Doug had so many different people doing and never seemed confused or unorganized or unprepared and picked up right where he left off each week and never missed a beat.”

“Doug was awesome in all areas. Very helpful to search team and elders! Great preacher. Would have liked to hire him!”

“We had a leader to guide us through the process. We had a focus during the transition. We had a mentor and partner with us.”